We never got a definitive answer about the heating system, and because it was summertime, it moved to the back burner. The best we could do with the complete lack of contact from the US Alde office was to try contacting the UK branch by email to see if they could answer the question about system design. They got back to us within a day saying that it is not uncommon to mix pipe diameters in a loop, and that they would forward our question to the US office for further follow up. Not a definitive answer, but understandable since they didn’t look at the design of our system in particular, but maybe the US Alde office is just backed up and will get in touch. Four months later.

Because it was summertime, we made it out on the road for a few trips with our canine travel companion, and it was time to test the VoltStart system included in our Roadtrek. This, like so many other things, didn’t go well.

The VoltStart system that Roadtrek created is supposed to function as follows. It is a battery monitoring system with the capability to start your engine without the key when it senses the batteries have dropped below a certain charge threshold. It is designed to run the engine for 35 minutes, thus charging the batteries, and then stop the engine and continue to monitor the batteries until they fall below that threshold again, when it will start the engine again for another 35 minute charge cycle. This will repeat for 5 total cycles, at which time you need to start the engine with the key to reset the counter. The hypothetical use case would be air conditioning use in the summer on batteries. Based on the capabilities of the van, you can expect to run the air conditioning for a few hours on battery power before they deplete. Using the VoltStart system, you could run the air conditioning and leave the van – in our case and most likely in many people’s cases – with a pet inside to enjoy the cool air while you explore outside. The VoltStart system would be watching and recharging the batteries when needed so you wouldn’t need to worry about the batteries depleting for the day, give or take a few hours here and there because understandably, there are many variables involved.

In addition to the VoltStart not working, there was also the matter of the solar panels. The van has 470 watts of solar charging capability, which we were told would be sufficient to keep the batteries topped up when it’s home and waiting for your next adventure. Having the van in the sunny driveway, with nothing running but the small refrigerator inside, (not even running the inverter so no 120V appliances) the batteries still showed a slow depletion in charge. How could a roof full of solar not keep a mini-fridge cool?

We waited to make an appointment with the dealer until the power step decided to stop working one day, and it was back in to the service department.

We wrote up our concerns in an email to the service department:

Two hours there, 2-1/2 weeks for parts and install, and we went to pick it up right before Labor Day weekend.

This would be a post with pictures of hiking trails and state parks, but alas, just more problems. The power step is fixed, at least. That was just a faulty motor. Because really, how could you expect a motor to last more than maybe 100 activations?

As for the VoltStart, the dealer had contacted Roadtrek whose solution was to install parts that were listed as missing from the factory and a wiring fix of some kind because the system was in fact, not charging the batteries when it was starting the engine. Incidentally, a few days before we picked up the van we received in the mail two manual addenda from Roadtrek (who is now Erwin Hymer) about the VoltStart system and battery management. The letter said it hoped it found us out enjoying our Roadtrek which was funny because…no. We parked it, followed the directions in the new manual provided, and it failed. While the system did not activate immediately like it did before, it was still turning on only about 10 minutes into using the air conditioning, starting from otherwise fully charged batteries. This is pointless – if it’s going to start the engine immediately, with no regard for battery charge, why not just leave it running with the key in it? At least you would have it running until you turned it off, instead of having it run anyway and turn off after five 35 minute cycles. Posting in the helpful Roadtrek owner Facebook group provided consensus that it must be programmed incorrectly. It’s turning on at an approximately 12.5 volt reading on the battery system which for the AGM batteries installed is too early to provide any meaningful use. I don’t know whether the fault lies with the dealer and their service department, Roadtrek, or a combination of both. When you tell a service department what the problem is, shouldn’t you expect that they will test and make sure the problem is fixed before completing the work and giving it back to you?

The other part of the service was to verify operation of the solar system. The dealer asked Roadtrek who helpfully responded that the solar system will not keep up with running the refrigerator on 120V (having the inverter on), so don’t do that, only run it on 12V. Problem solved. Case closed. Warranty payment submitted. This would be despite the fact that that was exactly what we were doing – running it only on 12V – and the charge was still dropping. I’ll try to call Roadtrek’s service department in the morning, but never once in the year since I’ve owned Roadtreks have they answered the phone or returned a call. Never once.

Coming up next week is the RV show in Hershey – maybe someone from Roadtrek (now Erwin Hymer) will be there to speak with.

So, ANOTHER service appointment completed without fixing the problems. The dealer’s work order shows a total for labor and parts of $1200 which was covered under warranty.

Maybe I should open a dealership. 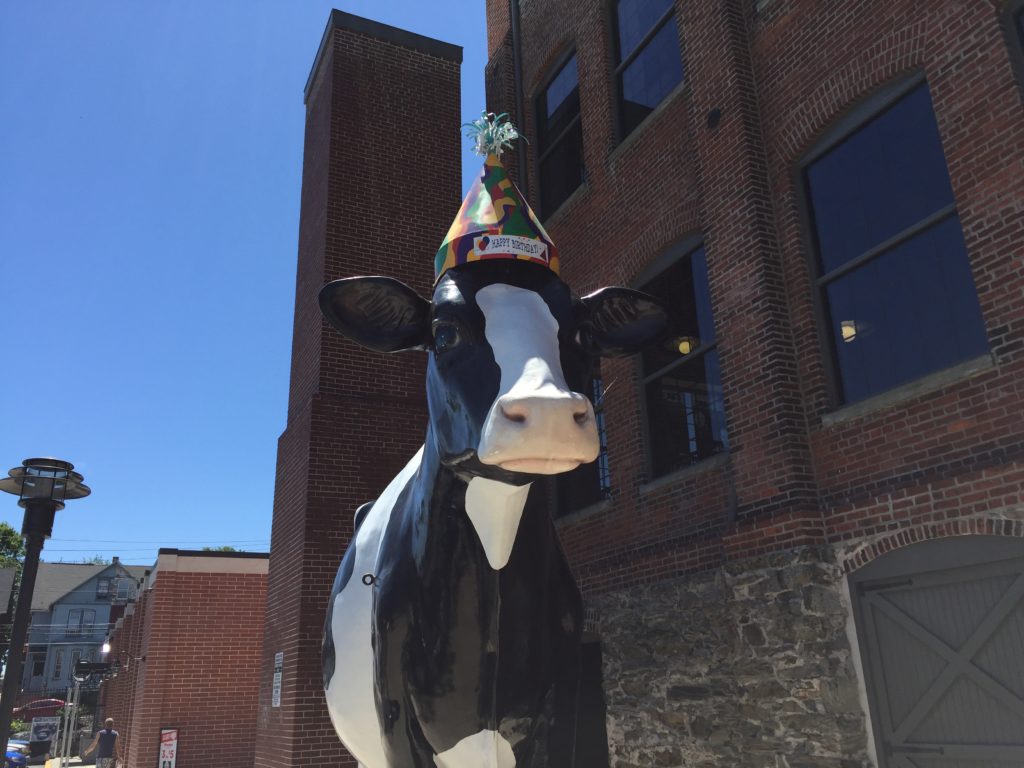 P.S. That manual that was sent with information on the use of the VoltStart system? The steps included aren’t even accurate. They say you should toggle on the system and start the engine immediately using the key fob, which will begin the cycle with an initial 35 minute run (leaving you with 4 cycles after that). This is not the case – toggling on the system and leaving it to start on its own works just as well and one would think better, in fact. Why waste a charge cycle and 35 minutes of diesel when the system is intended to activate only when the charge is low? When using the system starting with a fully charged battery bank, why waste that initial cycle?