We’ve come to the conclusion that something will always be broken with our RV. Maybe this is normal for any house on wheels. As time goes on I think that angry energy has turned to positive – and for the first time I really think we’re OK with it! No matter what our Roadtrek decides to throw at us we will make the best of it, and maybe even fix it ourselves. But I would love to some day have the confidence to hit the road without worrying about what could possibly go wrong next.

Thankfully our new problem didn’t spoil our travel plans this season, but it did spoil all of our food and even worse – our stash of ice cream. The refrigerator had been on the fritz for a while, but it did seem to return to normal working order for a very short period of time… then it just died. Like all warranty repairs this was going to require at least 2 trips to the dealer – one to diagnose and the second to repair or replace. 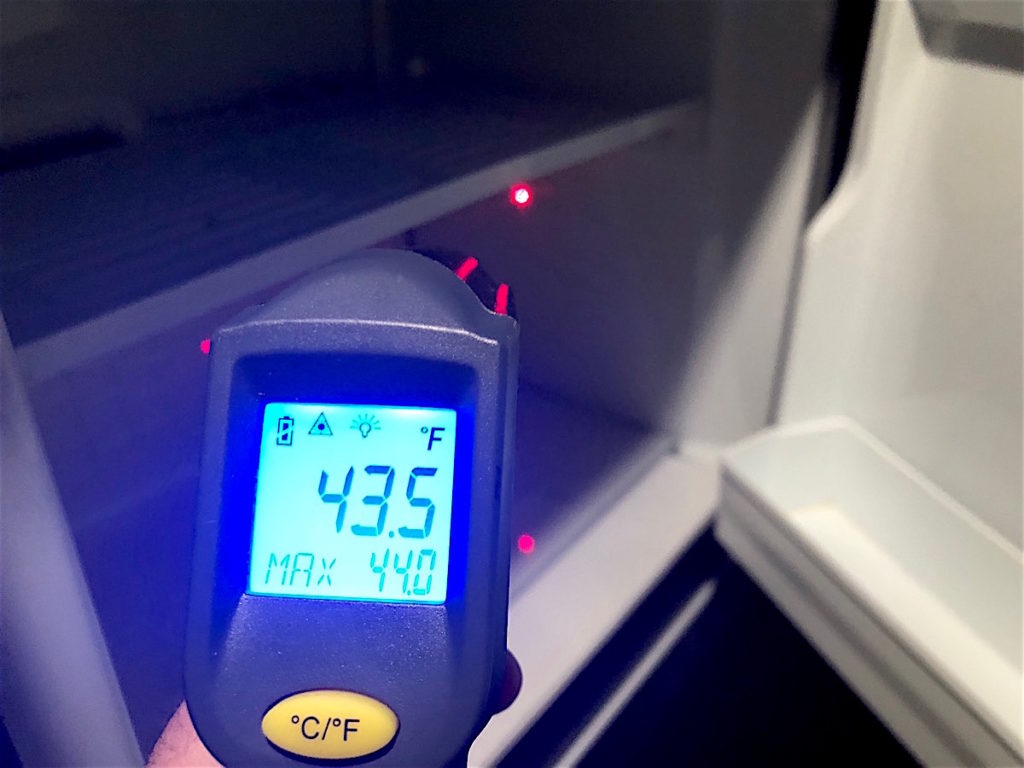 43.5°F in the freezer compartment is never a good sign.

Dealers always seem to be booked up for appointments, and it took over a month to finally get in to have the refrigerator diagnosed. It was obvious to us that it was dead and the service center confirmed this. We now had to wait another several weeks for the warranty approval and replacement. When the replacement refrigerator finally came in we had a new problem – the service center was booked for weeks and couldn’t accommodate us. We didn’t purchase our RV from this dealership so I wasn’t upset with them, just once again frustrated with the whole industry.

I then decided to take matters into my own hands. I notified the service center that I would be picking up the new refrigerator and installing it myself. At this point I didn’t care about voiding a warranty – I just needed it to be done. I drove up the next day and removed the dead refrigerator in their parking lot. It was a very easy installation with just some basic wiring and a few dozen screws. Thankfully the new refrigerator has worked perfectly ever since.

We’ve had relatively good luck with the Alde heating system since it was upgraded earlier in the year with the rear bench fans and modified floor loop fittings. That being said we’ve never really been able to explain why on rare occasions the Alde control panel would go black and the system would reboot itself. It only happened a few times that we actually witnessed, so this was one of those impossible things to have the dealer diagnose. There was also a cold February morning that I awoke at 3AM freezing cold only to learn that the Alde system had shut itself off. I thought maybe we were having power issues again since our van has had issues in the past, and back to the refrigerator failure – maybe it was indirectly related to a power issue.

Fast forward to September 2018 – time for our annual pilgrimage to the Hershey RV show. We headed to Hershey, PA and stayed at a nearby Walmart. Temperatures were cool but not freezing. The Alde system quickly heated the cabin and we went to sleep warm and toasty, only to wake up with a chill in the air. If you were guessing that the Alde heating system was broken again you are correct! Unfortunately this time the Alde did not recover – it was completely dead.

Taking a VERY cold shower on a chilly September morning actually felt quite refreshing – I laughed and screamed my way through it. How could we have such terrible luck with this van?

Fortunately we were once again at the right place to get the answers we needed. As soon as we got into the show we headed to the Alde display where for the first time we met Spencer, who is a service technician for Alde and happened to be the person that helped coordinate some of our earlier repairs. 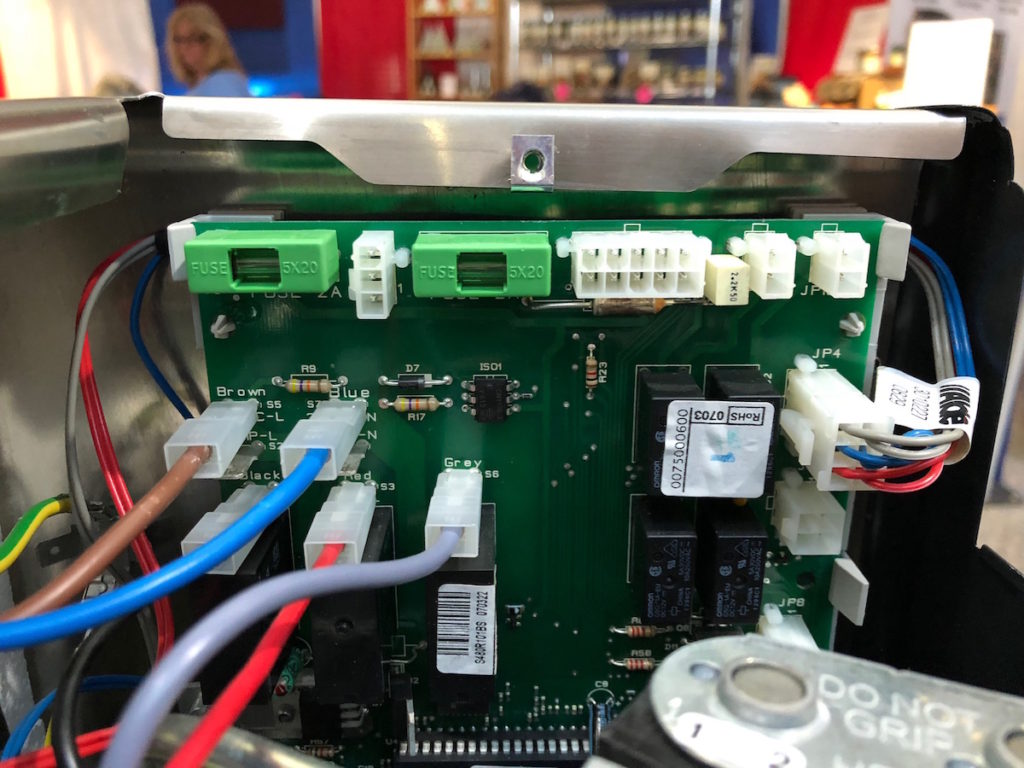 A photo of the control board in the Alde 3010 boiler

They had an Alde 3010 unit on display, and Spencer went through some of the possible causes of our system failure and how to test them using the example unit. At this point we weren’t sure if it was a power problem on the Roadtrek side or an Alde system problem. Before we went into the show we checked both the 12v and 120v fuses on the Roadtrek side and they were all fine. Spencer pointed us to two locations on the Alde boiler that also had fuses that could fail. Once Spencer realized that we had our van in the parking lot he insisted on coming out to help diagnose the problem. Within a few minutes we had our answer – the control board was fried.

Since Alde only warranties the components for 2 years, we would need to go through Roadtrek to get the part ordered. Roadtrek has a warranty process, and since we already had the problem diagnosed by a professional, we felt like it wasn’t necessary to take it to the dealer to also be diagnosed.

We headed over to the Roadtrek display and ran into a familiar face – Leo Haire. We had met him 2 years before when we were having our first round of Alde issues. He got right on the phone with the warranty department and said he would attempt to source the parts from the factory and ship them directly to me. The warranty department was closing for the weekend so I was supposed to get a confirmation call on Monday as to when to expect the part.

We made the best of the remainder of our time in Hershey. As always we enjoyed the show. With a few exceptions it wasn’t really a year of new releases. The new Mercedes chassis is expected in February of 2019, so I think RV manufacturers are holding back on releasing anything revolutionary. 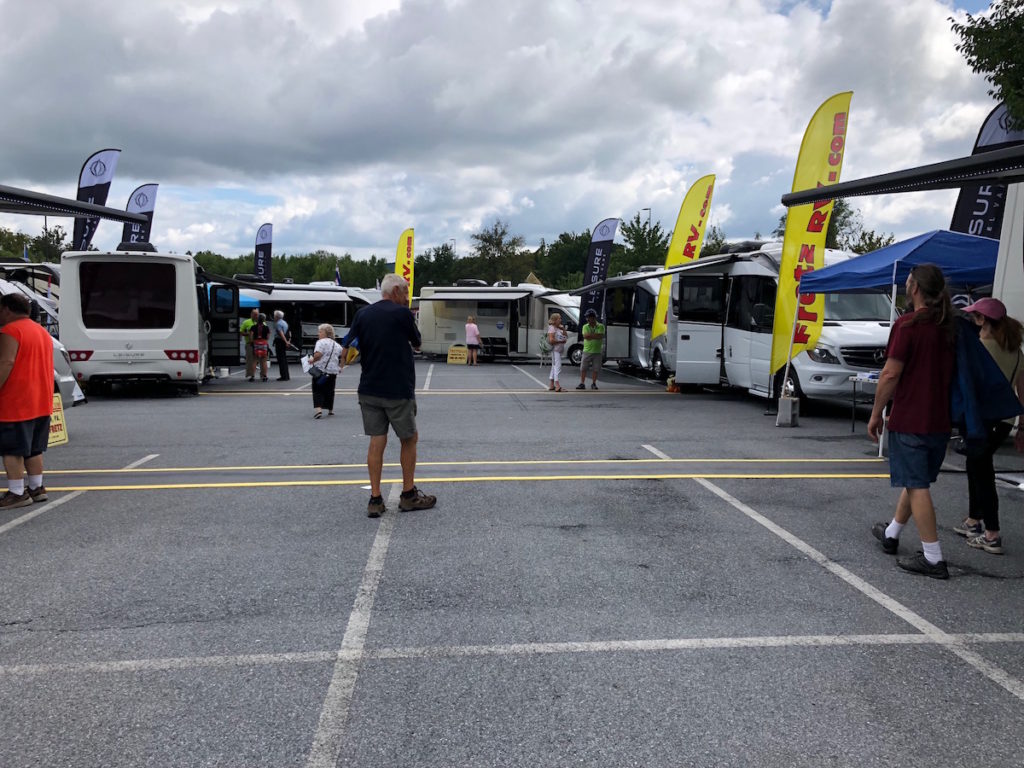 Just on of our many stops at the Leisure Travel Van display. This year they introduced the Wonder twin bed (pictured on the left) with an exterior bike garage. 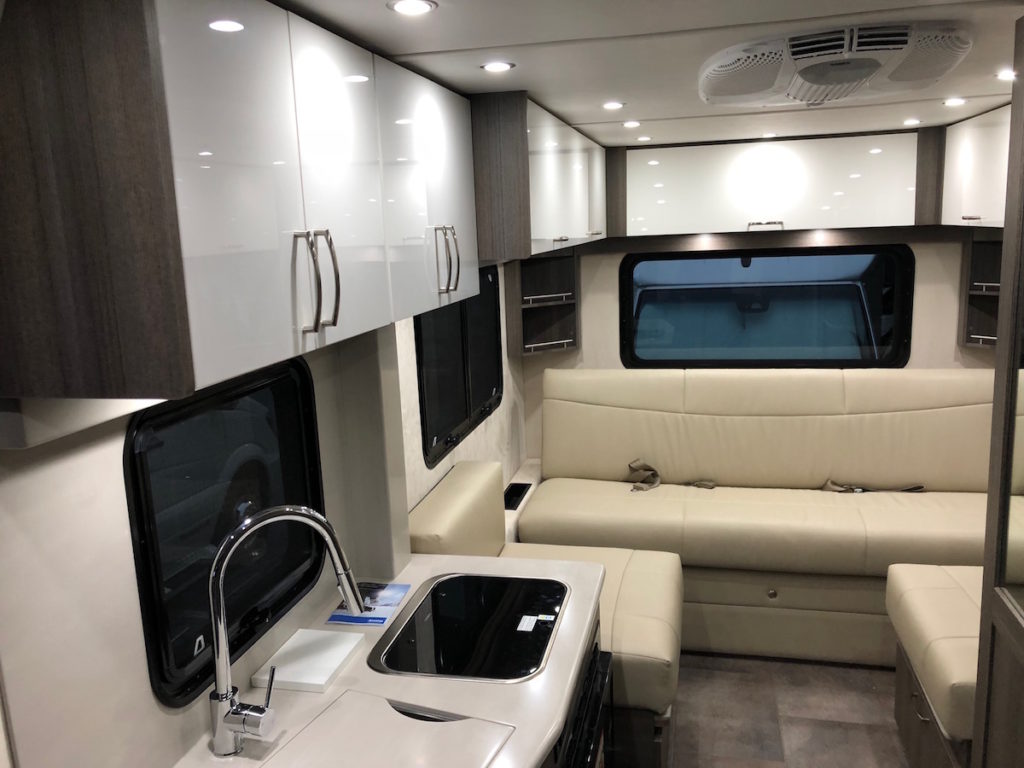 We had planned a week long trip after the Hershey show, but because of the lack of heat we were once again forced to cancel our plans and we headed home. That return call from Roadtrek that we were expecting the following Monday never happened. We should have received the part in a few days, but it took several phone calls to finally get the control board shipped – 2 weeks later.

With the confidence of replacing a refrigerator under our belt, we thought hey let’s just replace the control board ourselves. It was really just a few screws and a whole lot of wire connections to swap out, but what made the project the most challenging was space. The Alde is tucked into the bottom of the pantry cabinet, and there’s very little room to maneuver. The connections to the Alde control board were simple to get to, but there was one connection in particular that took a lot of force to pull out, and I thought for sure I was going to break something. It took some time and a couple bloody knuckles but we were able to get the part replaced, and it worked! I would not consider this to be a do it yourself project. Access to the screws was very tight because of the Roadtrek cabinetry.  I can’t thank Spencer enough for going the extra mile to get us up and running again. If you have a problem with your Roadtrek heating system he is definitely the guy to track down. Leo Haire was also very helpful as usual, but again Roadtrek didn’t follow through on their end to send us the parts which was disappointing. 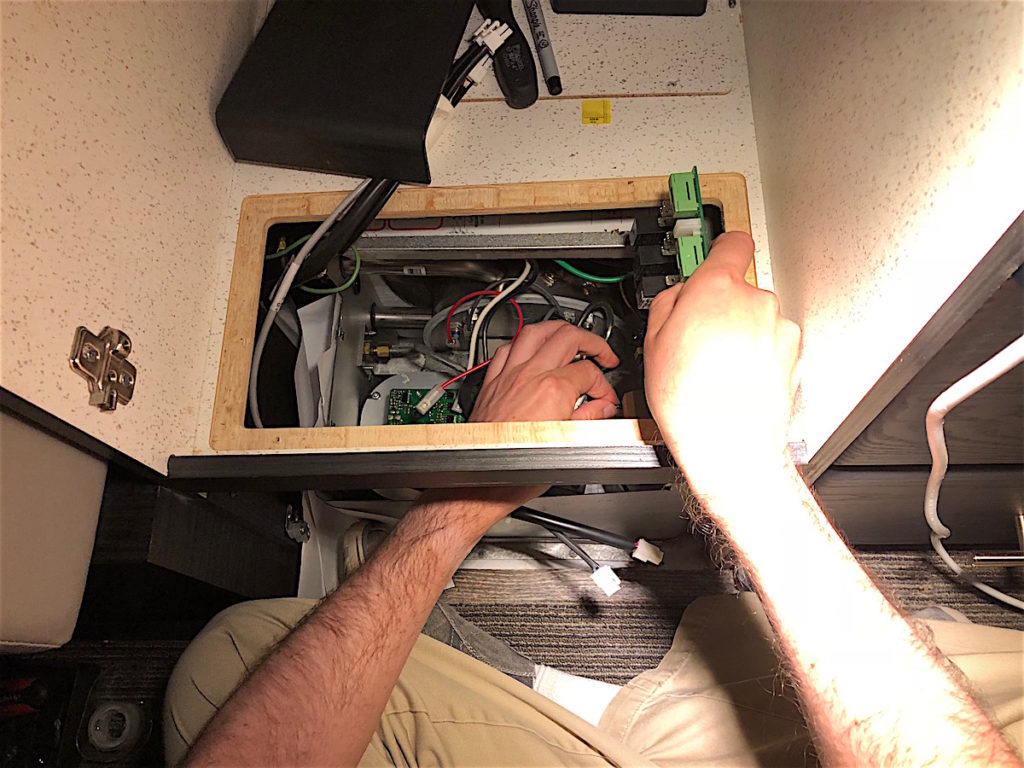 Operating on our Alde boiler. The hardest part was removing the screws for the enclosure.

So what did we learn from our latest experience? Don’t be afraid to tackle some problems on your own. I’ve always been afraid of doing something that would compromise my 6 year warranty, but in the end we must also look at the bigger picture. Before we replaced that control board we did call the service center to get an idea of how long it would take to get an appointment – how about 2 months!! At this point I don’t care about my 6 year “Peace of Mind Warranty”. We just want a van that we can use when we want to use it, and for us that means a little self help.