The RV Show in Hershey Pennsylvania in September is enormous, and a great opportunity to see all the options available in RVs (those maybe you should have spent more time considering?) and apparently a great opportunity to finally see the people who were involved in producing the RV you already own. We visited this year armed with questions and concerns and determined to track down those who could help us out. We weren’t disappointed (completely).

Making our way to the Roadtrek zone of the show, we found a helpful representative from the company whom we had communicated with previously about a few quick warranty items. He was very friendly, knowledgeable, and was familiar with our particular saga. We couldn’t confirm that they had a ‘file’ on our case or that there were posters up at their home office warning that we were trouble, but we probably wouldn’t be surprised. Speaking with him for only a few minutes, he was able to suggest a fix for our VoltStart system that the dealer had been unable to supply – look under the dash below the steering column, locate the VoltStart module, and most likely, you will see a label saying ‘Lithium’ instead of ‘AGM.’  Sure enough, later that evening, we popped open the dash cover and there was the module – the one for Lithium batteries and not the AGM batteries we have, which explained why the system was starting too soon. In literally a few seconds, we had diagnosed the problem that days at the dealer (who had said they had been communicating with Roadtrek directly when working on the fix) was unable to remedy. When we returned to the Roadtrek zone the next day, excited to share that yes, that was it, we were promised a replacement module would be mailed directly to us for an easy swap once they returned to home base in Canada after the show. Luckily, that’s what happened. One problem down! 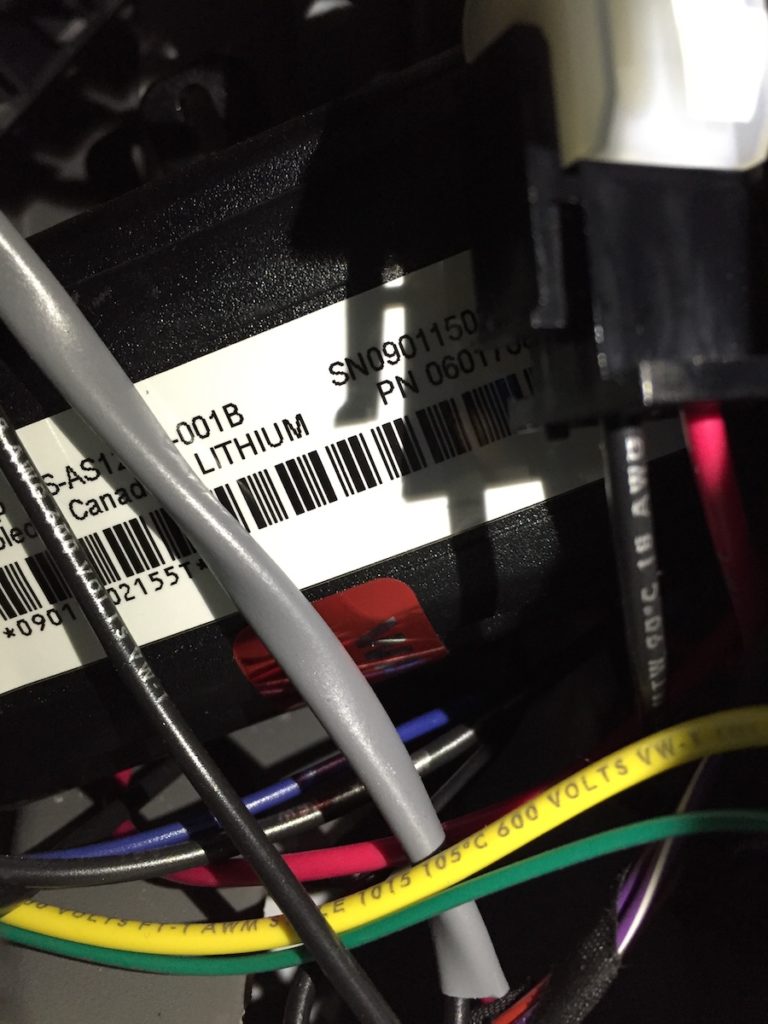 During that first visit with Roadtrek, we were offered a tour of the factory if we made our way up to them in Kitchener, Ontario, which we eagerly accepted. We discussed the layout of our Alde heating system and our doubts about the design, and we were told that we did indeed have a unique set up, and if we were concerned, during that visit to the factory they could take a look at it and address our concerns.

Later in the day, we stumbled on the booth for Alde and were finally able to meet the Alde representative that had never returned our calls or emails (hey! he does exist!). He told us that our system design was unique, and he suggested that they had been in contact with Roadtrek during the whole ordeal and they had told Roadtrek that that was not the way to set it up – specifically, that it was put together in a way that they had not done before and therefore had no testing results to confirm that it was the most efficient design, or even the expected longevity of the pump because they typically did not design the systems to mix pipe diameters and use a single loop around the coach and through the floor. Needless to say, we made a final visit to the Roadtrek area and confirmed that we would be seeing them soon on their home turf to take that factory tour and get this thing fixed once and for all.

The fix for the VoltStart – check. Confirmation that our Alde system was questionably designed – confirmed. Too much chocolate from Hershey’s Chocolate World on the way out of town – of course.